Today on the 21st of October, during the 40th Japan Geopark Committee meeting, the UNESCO Global Geopark national endorsement was decided for the Hakusan Tedorigawa Geopark.
Since becoming a Japanese Geopark in 2011, while continuing initiatives related to the conservation and protection of important geological heritage sites such as the Kuwajima Fossil Bluff, we have been working on educational and regional development efforts that utilize the specialties of the Geopark.
Until now we attempted to receive endorsement twice in 2013 and 2015, both of which were declined.
After such a background, hearing the news of the endorsement today was a great relief, and a moment of celebration among staff. We would like to share this joy with all of you as well!
This national-level endorsement is just one of the steps in becoming a UNESCO Global Geopark.
We will continue working with all residents and groups working within the Geopark, and further promote the realization of regional sustainable development.

We look forward to your continued support! 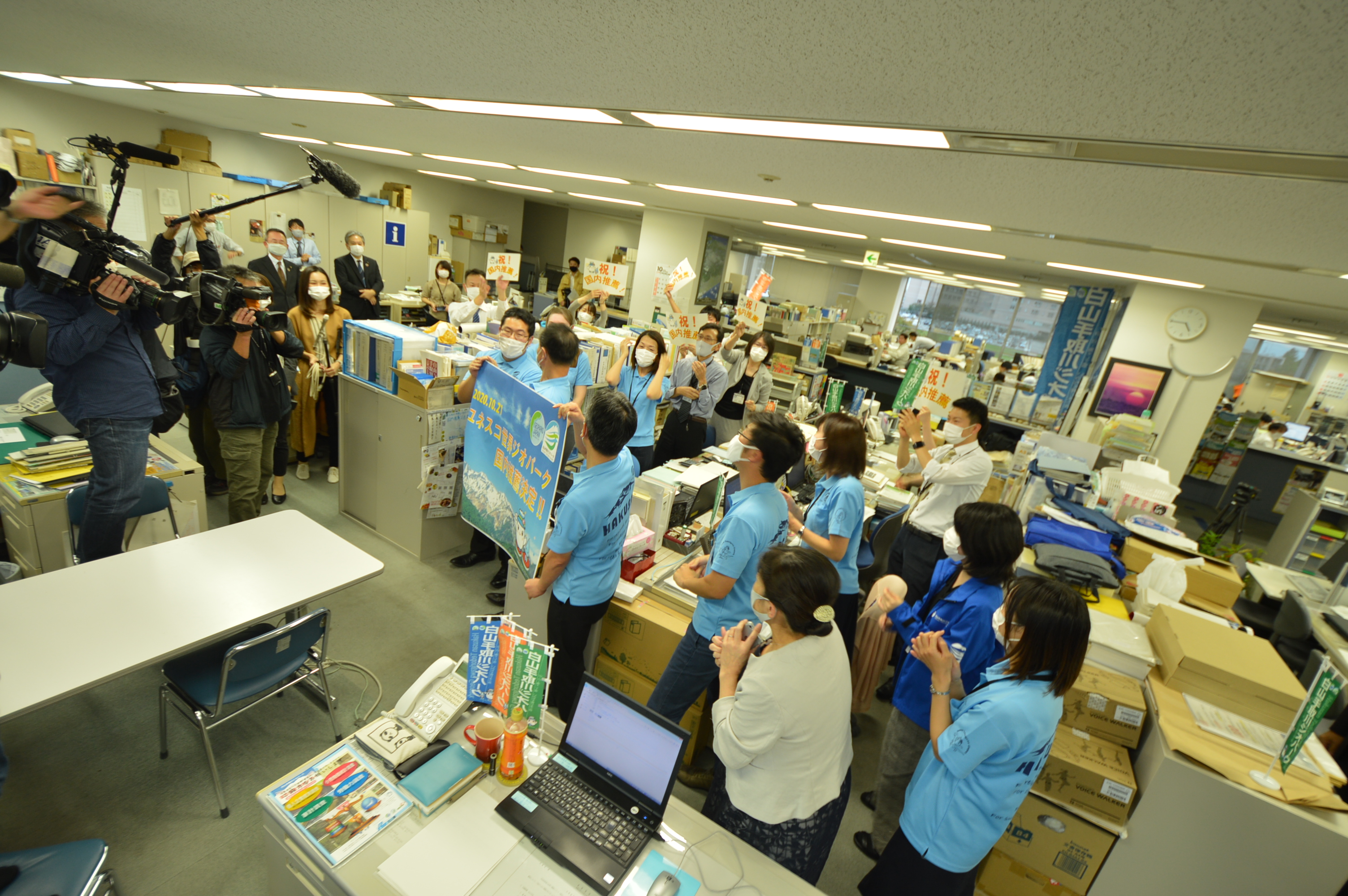